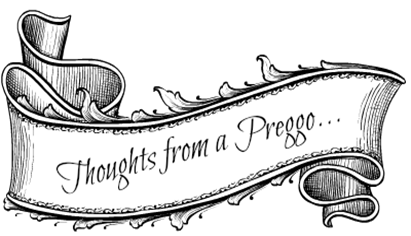 I tell you, I really need to stay off CNN.com in the mornings!  I came across and article that really got my wheels turning this morning.  The article was about this 27-year old woman who has made a public proclamation that she does not want kids.  Now, normally I don’t even entertain these types of conversations, because I (an expectant mother) really can’t relate.  However, I decided to give the article a read anyways .  As I read through the article, I started to realize that it seemed to be written more for the attention, rather than the actual fact, feelings, and emotions of not wanting kids.  I didn’t appreciate this.  It’s no light topic, but one I ultimately feel should be kept private.  As I said in my comment to the article, I could care less who wants kids or not, and I would never judge anyone on that fact alone.  You don’t want kids, so what?  That’s perfectly fine, it’s the same as with not wanting anything else in life.  If you can live your life and go on just fine, then what’s the issue?  She compared not wanting kids or being childless to that of being gay, even though she tried to say she doesn’t share the same predicament as gay people.  Saying that she is in essence struggling for acceptance or approval from society, because she is a woman who doesn’t want children. I will be the first to say that her having or not having kids will not significantly affect her chance to succeed in the world.  She will still have the same societal opportunities afforded to her as anyone else.  This is not true for gays or minorities.  I as a minority myself have experienced, and yes recently, having an opportunity ripped away from me solely on my skin color or been judged unfairly because of it.  Now, I’m not turning this into a racial issue, but for her to associate herself with a group of people (homosexuals) is wrong.  Homosexuals are heavily judged by society, and probably always will be as with minorities.  They have crimes committed against them and are subjected to prejudice when it comes to jobs and other opportunities in life.

Just because my husband and I choose to have children, doesn’t mean it’s the right thing for everyone to do.  We feel it is right for us though.  I say, if you don’t think it’s right  for you then don’t do it.  It’s like that with anything.  Unfortunately, this woman’s husband seems on the fence about the issue, being afraid to tell his own family about him and his wife’s decision to not have kids.  He apparently on some level wants them, but I’m sure he loves his wife as well.  I’m not sure why they didn’t discuss this issue before marriage or in more detail, but that seems completely irresponsible to enter into a union on two different pages on such a big relationship issue.  As far as telling his family, again…it’s a private matter and shouldn’t be something you feel the need to announce to the world.  When my husband and I became pregnant I felt this same way, and even at 7 months pregnant, still feel the same way.  Yes, having a child is a beautiful thing, however I feel is it a very personal decision and thing between two people.  These two people should be the only one’s it matters to.  The young woman spoke of how her mother was upset, but eventually accepted it and her father didn’t really have much to say, accepting it “quietly”.

I could go on for days about this, but I’m not, because it really should not matter to anyone who wants kids or not to the people outside of those who are actually making this choice.

What are your thoughts? Do you agree with her that childless people or those who don’t want children have to seek acceptance or approval from society?

Here is the original article for reference: