Skip to Content
Home Thoughts from a Preggo Thoughts From a Preggo… | Money, SAHM, and Working 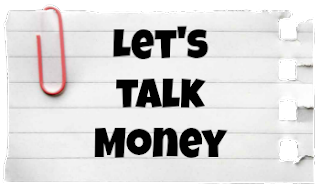 Let’s talk money!  Yep folks, money!  With a new baby coming into the picture soon, this is one topic at the forefront of my mind.  Right now I work full-time, however once baby gets I plan on being at home full time.  This will be the first time in my life that I will not be working.  I literally only took off a year as a Freshman in college, because I wanted to focus on adjusting to school.  I have worked since I was 16, will really 11, but that was under the table, haha.  When I turned the ripe age of 16, I started working my first paycheck job at Wet Seal.  I didn’t make much, but I was making something, gaining experience, and got a discount on cute clothes.  I worked there for about a year and a half and went to Charlotte Russe, because they paid better, had better management, cuter clothes, and a bigger discount. I worked at Charlotte Russe until I started college and eventually left after my Freshman year.  The summer after my Freshman year of college I worked three jobs, and no not out of greed, but out of opportunity.  I worked as a Sales Associate at Charlotte Russe, a server at a steakhouse, and a Sales Associate at Bath & Body Works that summer.  I will tell you that I was so burnt out, but loved working.  When I returned to school for Sophomore year, I RA’d for that entire school year and the summer, in which I was paid on a stipend.  Once RA’ing was over, I got a job at the local Rec Dept, and although that was short-lived, due to the schedule and the fact that working with kids for 4 hours a day after a long day of classes just wasn’t for me.  This brought me back to Bath & Body Works, in which I left the Rec Dept for.  I preferred a more flexible schedule and enjoyed working retail, since I already had experience in it.  I was brought on as a seasonal employee, because that was what the store was hiring for at the time.   Before the Season was even over I was already at a regular status Sales Associate.  Within 9 or so months I was already in a part-time management position, and worked that position until I graduated college.

Once I graduated college, I got an HR internship with Pier 1 Imports and worked there for two years, before returning to Bath & Body Works (due to moving) and working as a Co-Manager (which was of course a full-time position) for roughly a year.  I did all this before commissioning as an officer in the Marine Corps, which I am now.  So, long story short, I have worked…for a long time, and earned my own money and keep.  Jump to present day me, married and pregnant, and wanting to be a SAHM.  I can’t imagine putting my child in daycare, in part because I have zero concept of how daycare I, because I never went.  Its not strongly encouraged in my family to put your children in daycare, so a lot of it goes back to the way I was raised.  I was raised that you take care of your children yourself.  My grandmother had 11 children, so that didn’t leave her much time to work.

My mother worked before and after I was born full-time, but when I was 3 we were hit by a drunk driver and she was unable to work for many years after that.  It wasn’t until I was 14 or 15 that my mom was able to go back to work.  She went through several years of rehab and therapy due to the accident, but it afforded her the opportunity to be a SAHM full time.  During her time being a SAHM, she spent a lot of her time taking care of my grandmother, who had two strokes and a brain aneurysm.  My mother also volunteered and tutored at my elementary school, so she always kept busy.  Just dealing with my Dad was beyond a full-time job!  Okay, so back on subject, basically I want to be at home with my child and be as hand-on as possible, and my husband is perfectly fine with that.  Of course, me being the new-age, progressive and educated woman that I am, I struggle between making the decision to work or not to work.  I want to contribute to my family, and I think the only way I know how is with money.  I have only been a wife for a year and have up until now never been a mother, mind you the kid’s still inside of me.

So my question is for those of you who have made the transition, how did you do it?
How did you feel then? Now?