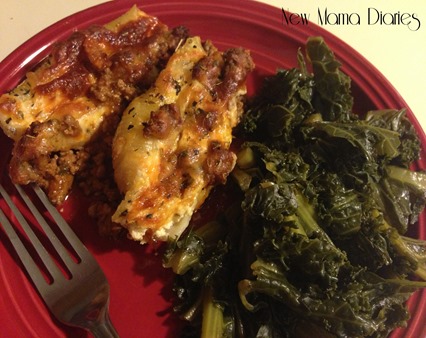 I love Italian food or rather Italian-inspired food.  I was prompted to make these shells after seeing a few recipes around the ‘net and Pinterest.  I also saw someone making them in a Youtube video I was watching recently, and thought they’d be a good entrée to try out.  I honestly was just smitten with the giant version shells that you make them with.  It wasn’t until recent years that I actually learned of these large shells that you could stuff.

Anyhow…I could go on and on about my fascination with oversized and miniature versions of normal sized things, but I’ll spare you.
Alright, so let’s get to it!
What I used:
1/2 box of large pasta shells
1 cup of ricotta cheese
1 cup of Italian mix shredded cheese
1 egg
1 tsp of Italian seasoning
1 tsp of Oregano
Dash of basil
12 oz spaghetti/tomato sauce
1 lb of ground beef
How I did it:
I simply followed the directions for the pasta that were on the back of the box.  I used Barilla brand pasta shells, and there was a actually a recipe included for stuffed shells.  I referenced the part of the recipe for how to prepare the shells for stuffing, since every brand of pasta is different.  Basically all it required was emptying a half of a box of shells, boiling them for roughly 8 minutes, and draining. 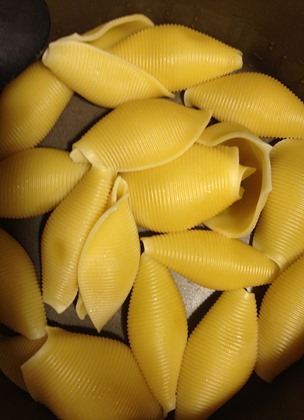 Next, I prepared the meat/tomato sauce mixture.  I browned the pound of ground beef, drained, and returned to skillet.  I then added in the spaghetti/tomato sauce and let simmer.  Meanwhile, I prepared the cheese mixture, combining the ricotta, egg, shredded cheese, and seasoning together.  I mix well, until the mixture resembled an almost cottage cheese look. 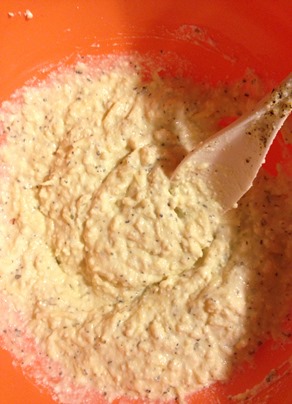 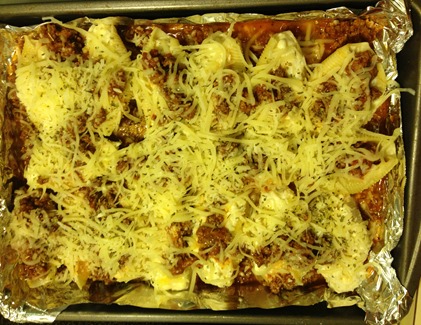 I baked on 400 degrees fahrenheit for 30 minutes uncovered (only because I ran out of foil).  The recipe on the box said to bake covered, but I think mines still turned out just fine.  However, I will cover with foil next time around. 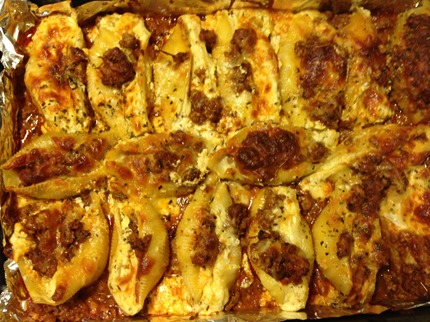 They turned out great and yummy, and I served with a side of good ol’ kale.  Hubs approved and really enjoyed the few shells I’d made specifically for him that were stuffed with the meat sauce only and topped with cheese.
You can get as creative as you want with this recipe, adding meat to the cheese mixture, stuffing the shells only with a meat sauce, or using chicken, steak, or whatever other type of meat or meat substitute you desire.

I’ll definitely be making these again in the future, and switching things up as well.  The preparation is the part that takes the longest, but it’s a relatively easy dish to put together and bakes in just 30 minutes.

Let me know what you think!  How you tried stuffed shells before?  Have you tried them with different types of meats or other cheeses?

I’d love to hear about your spin on this dish!