Skip to Content
Home Thoughts Your Perception is Your Reality 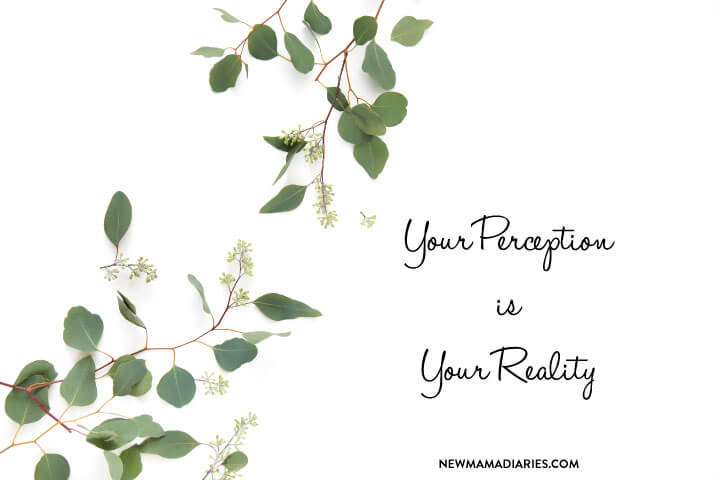 I heard this countless times when I was in the military, but never really heard beforehand.  Its interesting when you’re in a situation where your under a microscope and your every move is watched, where phrases like this really take heed.  I’ve being seeing a lot of things lately that have really had me thinking, some have even bothered me a bit.  I rarely talk about things that bother me, because I like to keep the tone and feel of my blog an upbeat and neutral place.  I tend to be pessimistic by nature, not very trusting, but I make a well concerted effort on the daily to see the glass half full.  I also try to my best to stay middle of the road and objective in general as a person, and try my best to see things from both sides.  However, it appears as if everyone else has an opinion and have no problem expressing them.  Sometimes, this can be masked by in the form of “advice” or a “helpful post”, but its really a vent or even sometimes an attack.  Its perfectly fine to express opinions, I mean that’s what we do, we’re free-thinking, free-will humans, however, I can better respect someone who is just frank about it.

I’ve been coming across a lot of posts from fellow creatives that deal with subjects of competition, comparison, and inspiration.  Now, right of the bat you wouldn’t think much of these words, as they are used so often to convey many different schools of thought.  However, I’ve been seeing these words used so negatively lately and its really bothered me.  From what I’ve observed, people seem to be lashing out on the discussion of these topics.  I’m hearing everything from “be original” to “inspiration is bad”.  When did being inspired become a bad thing?  Now, when I say inspiration, I’m not talking about totally swiping an idea or concept from someone.  I’m referring to seeing something and having a lightbulb moment about it.  I think its fair to say we’ve all come across something and think, “ha, that’s a good idea…I should/could/want to do that” and thats okay!  I did it with blogging, I did it with designing, heck I did it with getting married and having a child.  Nothing in the world is new or original, no matter how much we like to think it is.

Somewhere in the world, someone has had the exact same thought you had.  Its merely a matter of whether or not you or that person can execute it and who does it first.  This happens to me all the time with design, and yes its frustrating, but in the end it pushes me to be even more creative.  There are plenty of times I’ve had this awesome idea for a design element or specific function I want to add to one of my themes and next thing I know, I’ll come across the exact same concept in another designers work.  That idea usually gets scrapped or revamped into another concept that foundationally might be similar, but has my own take on it.  In the moment, I’m like “dang, I was totally gonna go that!”, but when all is said and done, I’m always glad that I dug deeper to make it even better and more me.  In the creative world, you’d be surprised how much and often creative minds think alike.  Nonetheless, its because of these type of circumstances that creatives are always looking for inspiration to be even more creative and different from their counterparts.

Are you unoriginal because you’re doing the same as someone else?  No, you’re only unoriginal if you’re lazy and copy, and don’t even try to put your own spin on it.  And I mean, like zero effort in even trying to incorporate whatever idea you’ve been inspired by.  For instance, and I’m sure you’ve noticed it, styled stock photography is all the rage.  I’ll be the first to say I’m a huge fan of it, but I definitely wasn’t the first blogger or graphic designer/web developer to use it in their work.  I was actually pretty late getting to the game, silly me thought all these bloggers and developers were just great photographers.  I didn’t even realize that they were buying stock images and using them to enhance their posts and brands.  When I realized that I too could use these beautiful images to do the same, I was excited to do so.  Yes, I had been inspired, maybe not very original since many were already doing so, but I was using these images to show my own work, not someone elses.

Now, I don’t know how long styled stock photography has been around, I mean I guess for as long as advertising as been, right?  Who knows, but what I do know is that in my quest to find these gorgeous images I found a few photographers that had gorgeous images.  What I didn’t know it how many other people would jump on the bandwagon and soon the styled stock photography industry would be inundated with images that were “inspired” by some of the folks who had been in it from the early stages.  On websites like Etsy, its very easy to see when a shop open, and some of them opened as recent as last month.  Of course my initial impression was “wow, look at all these copycats”.  Some had gorgeous images, but others not so much.  Maybe they saw a trend and decided to jump on before their skillset was refined enough to actually compare to the “originators”, or maybe they figured “that’s a cool idea, I can do it too”.  Unfortunately, most people would not think the latter.

Creatives especially, tend to be quite sensitive when it comes to things like this, because it really is so easy to duplicate what we do.  The tools are not exclusive…and even more so they’re accessible and readily available.  All that handwork and dedication can be duplicated and imitated in just minutes when the technology these days and that sucks, but that’s the reality.  Its all in how you deal with it.  Are you wasting time worrying about your “competition” and if they’re on your tail with doing similar work or are you spending time enhancing and enlarging your skillset to get better and set yourself apart. If you’re not doing the latter, you’re wrong!  While you’re wasting time worrying about what others are doing around you, they’re living their lives doing what you should be doing.

Don’t feel the need to police and reprimand, its a waste of time, because the universe takes care of everything.  Plus, you don’t know that persons story.  We don’t know who they’ve been inspired by, if they’re trying to be like someone else, or if they have ill intent in doing so.  Maybe they’re just another creative trying to do their thing in their own way.  If I don’t like it, I can skip over it, choose not to read or look at…or focus on what I should be focusing on, which is me.  Time wasted is like missing sleep, you never get it back.  You can’t make up for it.  Spend your time doing things that add value to you and make you a better you, whatever that may be.  If anything its the most fragile, sensitive and valuable resource you have.  Just seconds of it can make a difference in whether you’re successful or not in whatever you seek to accomplish.

So while perception is reality, your perception is your reality and no one else’s.  Be mindful as you are inspired, but don’t be afraid to implement a good idea.  Make sure you put the time and effort to make it your own.  You only have you (and God) to answer to, so be you and be on one else!