I’m not sure if I’ve ever shared that I’m a huge car buff, like HUGE!  I have loved cars for as long as I can remember.  I can attribute that to having an older brother who made me watch Nascar and Formula 1 racing growing up.  I can remember many Sunday afternoons watching cars go around and around that huge track on tv.

Growing up, my parents owned many cars.  From sedans to vans, they’ve driven them all, except a minivan.  No one in my family would be caught you know what in one.  And me…not EVER!  I’m going straight for a big body SUV (pronouced “soove” as I like to say). 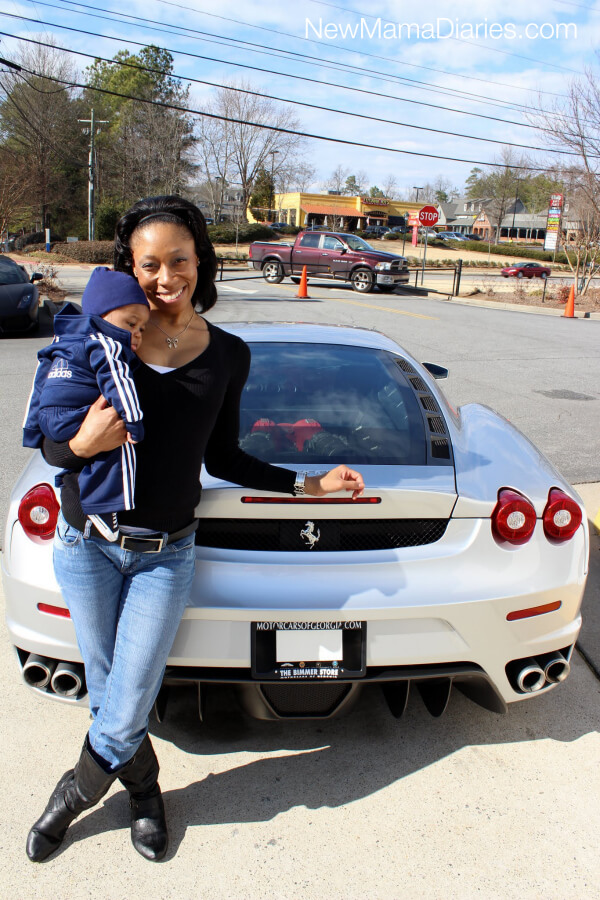 I love all kinds of cars, but of course my favorite has to be the fast ones.  I’m talking the Lambos and Ferraris, even though right now I can only afford their little and very distant cousin a Camaro.  Like seriously though, if my current car wasn’t already paid off, I’d totally have a Camaro.  Its my near future, more realistic, better gas mileage dream car.  Butttt…..if someone wants to give me the one above, like right now, I’d totally take it.

And the one below! 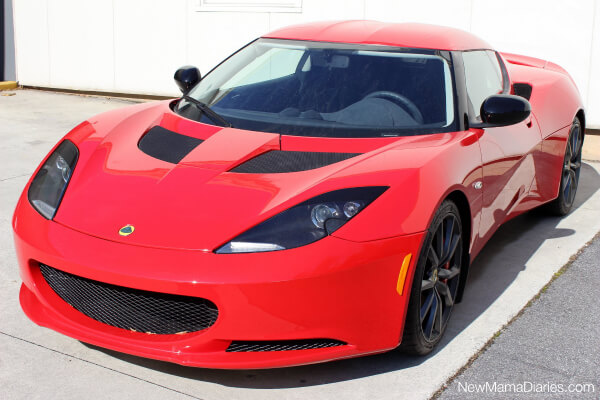 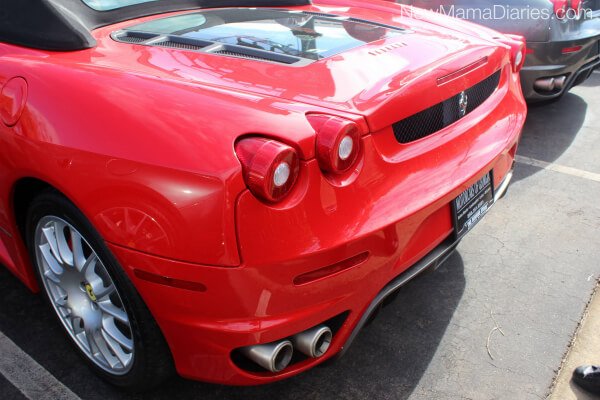 Hubs is a car buff too!  An even bigger one than me, naturally.  I fully expect our son to be one too.  Hubs is all about the cars.  He spends many hours on his weekly.  Just yesterday, he ordered red interior lights to go in his G35.  Unfortunately, they weren’t the right ones and he’s having to send them back.  If he could, he’d have his car even more suped up than it already is, he’s working on it by the day.  If anything, Chunk will be driving the G to high school…or wait, maybe college.  A G35 is a lot of car!

Okay, so before I have a panic attack thinking about Chunk driving, I’m going to get back to my love of cars. 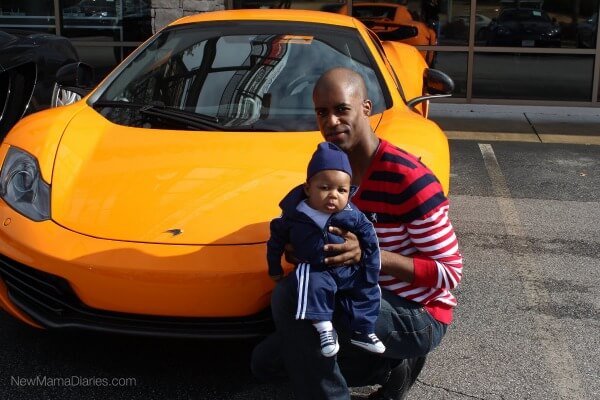 Chunk looks pretty good next to that Lambo!  Maybe one day. Yikes! 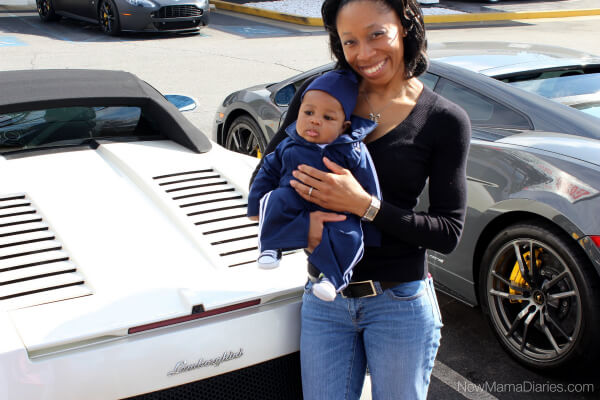 I’m so stoked to be back in Atlanta finally and to go to some of the many car shows that happen around the city.  Honestly, just driving around the city itself is a car show.  Hubs works in the city and he texts me all the time saying he saw another Lambo, Ferrari, Maybach, or something else fancy. 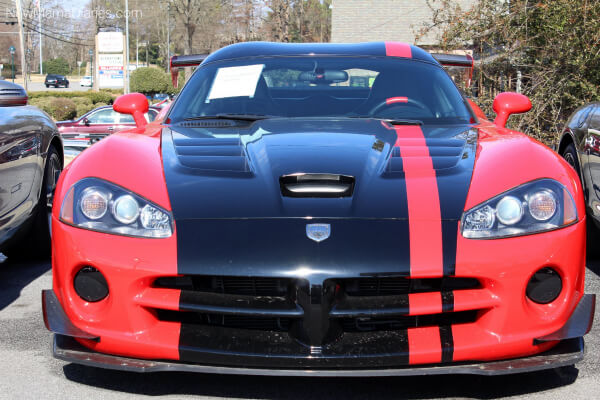 I don’t go to the city as much as he does, but when I do my eyes are peeled.  I always manage to miss what his eagle car eye catches though. 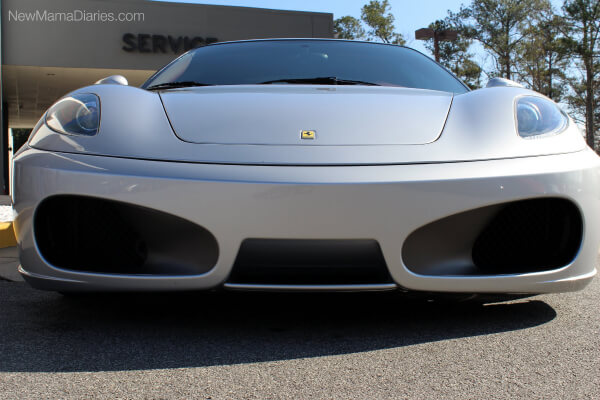 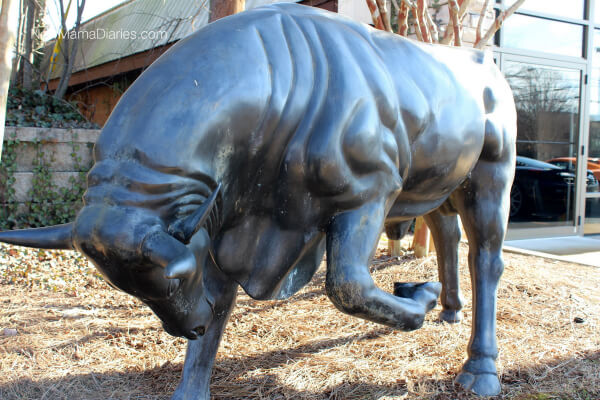 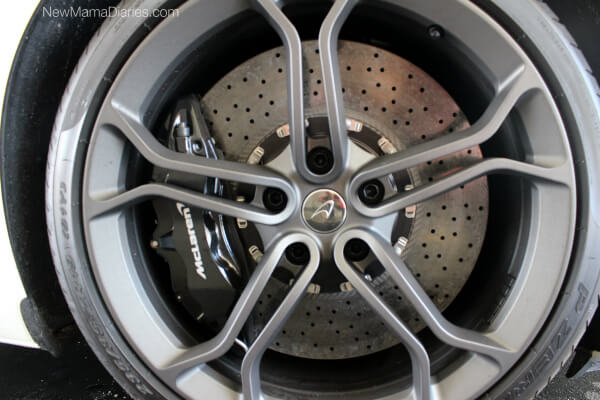 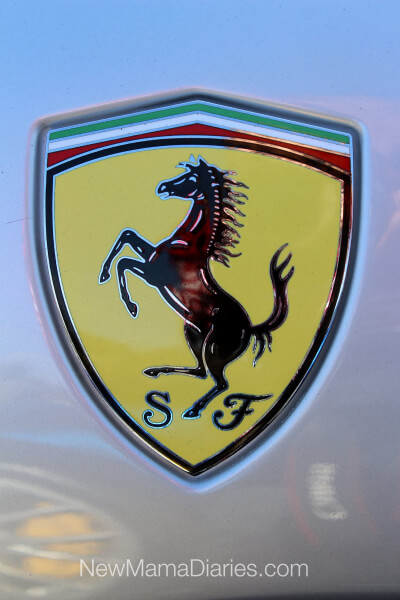 I could literally spend all day at the dealership, minus the pushy salesmen.  Actually, at fancy dealerships I doubt they’re even pushy, because you pretty much wouldn’t be there if you couldn’t afford to be.  I mean who just goes to the Lamborghini dealership to hang out? :::Raises hand::: 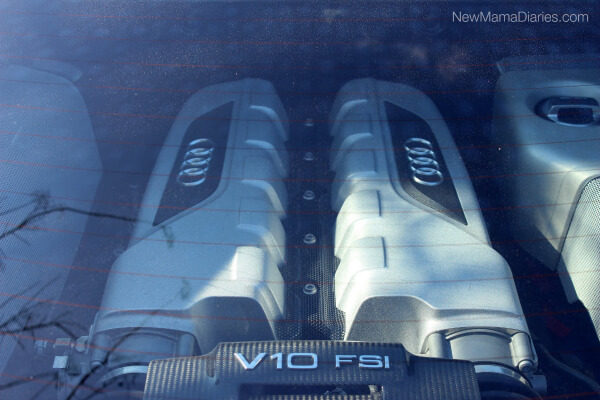 Seriously though, 10 cylinders!  How can you pass that up?!  Maybe next time I’ll get to test drive one.

Sorry Hubs, you’ll have to stay back at the dealership with Chunk, because there’s no room for the carseat. *wink* 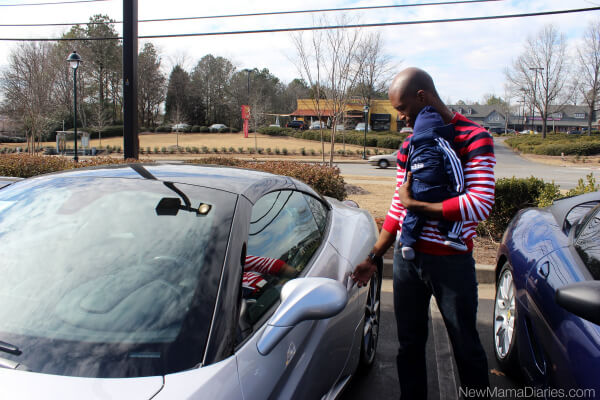 Just kidding!  We’ll bring Mi-Ma (my mom) along to hang out with Chunk and flirt with the salesmen.  No worries, she’s single!  She loves cars too though. 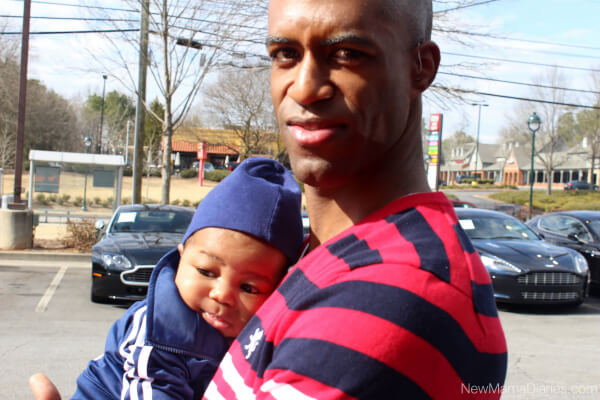 And that’s how much I love cars, and those two guys up above! *Sidenote:  These pics were taken nearly three months ago, hence why Chunk looks so much smaller then, than he does now.

Are you a buff for anything? – Cars, boats, animals, whatever.  I know I’m not the only one who loves something just because its fun and for the heck of it! 🙂