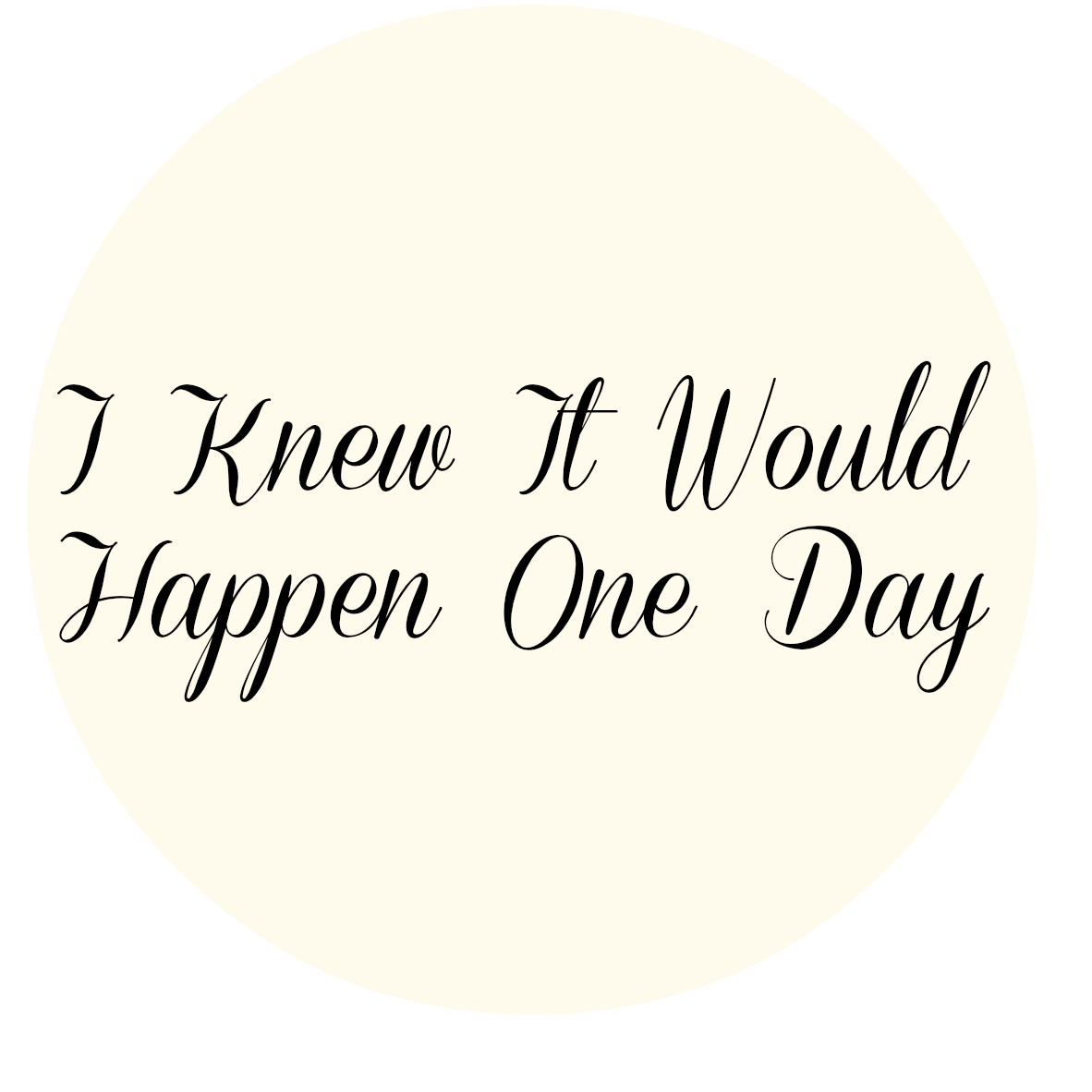 …that my emotions would catch up with me.  As a kid, I was never emotional.  I was quite a tomboy, and though I played with my dolls and loved girly stuff, I was never one of those emotional little girls.  During my early teen years, I became a bit emotional, because I experienced a young friend dying in a horse riding accident.  After a few years, once I was in my full fledged teens years the emotional side of my was pretty much under wraps.  Even though my parents divorced when I was 15, I wasn’t emotional.  I’m pretty sure that most of the events that happened in my life around that time manifested itself in to anxiety.

Once I was n my college years, I became highly emotional, because of being in my first relationship ever.  I now look back and realize that it was one of the most unheathly situations I’ve ever been in.  The emotional stemmed from distrust and anger with the guy I was in the relationship with.  It was deeply rooted, but he was my “first love” (I now realize that it wasn’t love, and that the only man I’ve ever really been in love with is my husband).  The relationship with that guy ended and life took my in so many different directions that again, being emotional just wasn’t an option.  I’d taken that breakup hard, but pushed on, because I had better things to do.

I joined the miltary two years after graduating college and that really had its high and lows.  Most of all, it hardened me even more.  I can probably count the number of times I cried during my time in the service.  When I say this, I mean cry from an emotional standpoint.  Not from physical pain or frustration, but because of something deeply hurting me.  Although my career ended, and that hurt, it put me where I’m at today.  It made me stronger, and if I take one thing away from my military career, that’s it.

When I was pregnant I was rarely emotional.  Strange huh?  Well, I was going through a lot career wise and just had a lot going on.  I mean I was growing a life.  I didn’t have time to be emotional.  I wasn’t one of those pregnant women that cried at commercials with cute puppies or sappy movies.  If anything, I was trying to get to every scary and horror movie I could get to with my husband.  We’re big horror movie buffs, him more than me though.  Since having my son, I’ve totally refrained from watching them though for whatever reason.  My mind just can’t take it right now, even though I know its all fake.  We literally saw every scary movie that came out in the theater in that 9 month period.  Evil Dead, The Conjuring, Insidious, you name it, we saw it and it was fun!  I was hardened, unemotional, and had a serious guard up while pregnant.  I’m pretty sure I was in survival mode.

Now, I’m back in living in the moment, relishing every emotional minute of motherhood.  I find myself emotional all the time.  Its strange and foreign, but when you experience a love so big as motherhood, it softens you.  Sometimes, 6 months into the job.  Maybe its some postpartum thing, but I’ve definitely been soften.  My heart, my soul, everything about me is softer…including my belly.  This little boy of mines has taken me for a 180.  I pride myself in not being a “stereotypical woman”, you know the ones that are dramatic, naggy, and cry at everything.  I do a pretty good job at not being the two, but crying, yes that’s me!  Its not a full on cry a lot of the time, but its the tears wailing up and the lump in the throat feeling.

Sometimes, I can just look at my son and get emotional.  These are the things that no one tell you about motherhood, or rather becoming a mother.  The experience takes you on a perpetual roller coaster ride.  Everything is bigger, breathing, seeing, living, everything!  Its bigger, because of the immense storm.  Its hit me like a speeding locomotive, but from the other side of the world.  It took a long time to come, but its hitting me fast and I can’t stop.  I can’t control it, and it makes my very controlling psyche uncomfortable.  What is this?  What are these things called tears?  What is this heart-swelling feeling, and about everything?

I feel silly getting emotional.  I feel emotional at some of the most insignificant things these days.  Sometimes a Youtube video or that fact that Barbara Walters left The View.  I even posted a Facebook status about it!  I think its the feeling that life is moving so fast, the world is changing, people are moving on, and my son is growing so much every day.  I say it all the time, but I know I will blink and he will be 18.  This little kid, my Chunk, my Muffin, my baby has changed me for the better.  When I look at him, I see everything that makes me proud.  He makes me proud to be a human, a woman, a wife, and of course his mother.  He makes me proud that my body as able to grow him into the healthy and happy baby he is.  He has set the tone for is siblings, can’t quite rinse and repeat, because he’s a hard act to follow, but he set a great standard.  I couldn’t have prayed for a better experience, although I do, because I ask God for everything.  I know He can give it to me, because He is the most high powerful.

So, I guess being emotional isn’t so bad after all.  I would much rather be emotion and feel and experience love than not.  Its like the old saying, “Better to have loved and lost, than to never have loved at all.”  Well with love, you really never loose, you only gain.  Sometimes this is hard to see when you are in the thick of things, but if you think about it you do.  With love, you always gain.