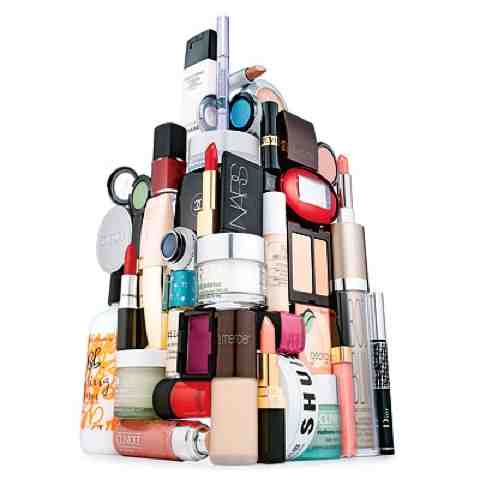 While pregnant I’ve tried to lighten the load when it comes to makeup and products I out on my face and body in general. To be honest, most of it came from just being exhausted and not feeling like putting any on. I’m definitely not one of those ‘all-natural’ kinda girls. I still wear makeup, deodorant, perfume, and of course still use my Bath & Body Works scented body washes.  I will tell you that I have not been one of those pregnant women that doesn’t shower on a daily basis. I shower not matter what, but did find that one of the scents I was using from BBW was irritating me in my nether regions significantly, so I used that up super fast. It seems that the skin is more sensitive in such areas while being pregnant, apparently due to the increased blood flow. Since the switch to a new scent I’ve had no issues. As far as deodorant, I’m still using my same Dove Ultimate Go Fresh Revive. I do about one or two swipes at night, and follow up in the morning with a swipe or two. I do try to minimize the amount of deodorant, just because it does contain chemicals, such as aluminum that have been found to not be so good for you. I very well might switch over to something natural once baby is here, due to breast feeding. I know that Kourtney Kardashian went completely deoderantless at one point, because she had found out about the chemicals in deodorant not being good for the baby, as most chemicals aren’t good for you and especially baby.

As far as body products, I’m pretty much using mostly Palmer’s products everywhere to prevent stretch marks and stay moisturized.  I do use my BBW body cream and body lotion on my extremities. When it comes to my face, I am using my same Aveeno Smart Essentials Face Scrub when I shower. I never use face wash more than once a day, and fortunately I’m blessed with really nice skin.  The prenatal vitamin has also contributed to my non-blemished skin. I find that less is more when it comes to my skin.  I start using too much stuff on my skin, it definitely lets me know it doesn’t like it.
When it comes to makeup, I typically only wear a full face on the weekends. During the week, I really can’t wear much makeup in uniform, so it’s typically moisturizer and I’m out the door. If I don’t do a full face on the weekends, I will still do some BB cream, concealer, and mascara. I have found that I have more freckles, but not so much an uneven skin tone while pregnant. The freckles could very well come from aging and some sun exposure. I did go through a period where my skin was dry on my cheeks, but I think the bulk of that was wind burn.  We have an unseasonably, brutally cold winter and it did a number on my face. I even had to do moisturizer and layer it with a little bit of Vaseline just to help with the dryness. Funny thing it that I has pretty oily skin, so it was odd to have an oily t-zone and dry, flaky cheeks. Thankfully, I think my skin has rebounded and I’m not dealing with that anymore. I also think me switching from the Aveeno face wash to the scrub helped, which is the opposite of how it’s been in the past. Usually the scrub was what wouldn’t do too well on my skin and the face wash was more mild.
So what is your take…old habits dying hard or strictly el naturale??
Happy bumping!
xxoo,
Tenns