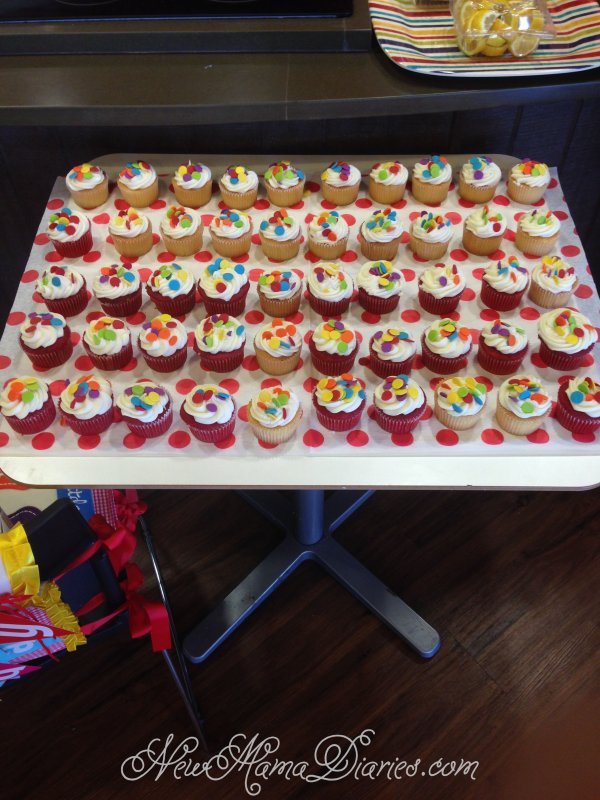 This past Saturday, I had the pleasure of taking part in a super fun event, in which I learned all about the Elf On The Shelf.  Now, to be honest I’ve been familiar with the Elf On The Shelf for a few years, but it wasn’t really relevant to me until I had a child.  Much to my surprise, I had no idea there was a birthday version of the tradition.  I don’t think most people do, since it just debuted last year.  I always thought the Elf On The Shelf idea was something I’d do with my kids once they got old enough to understand the concept.  I would read the stories and see videos of the mischievous and rambunctious things the “Elf” would do throughout the holidays.  I mean some of the shenanigans were plain out hilarious, and I can totally see our “Elf” doing some of the same things.

When I got the invite to the event, I was really confused as to why there was an Elf On The Shelf event in August.  And the mention of something about a birthday was even more confusing, but I went with it and put it on my calendar.  Boy, am I glad I did, because not only did I get to meet the creator of Elf On The Shelf, Chanda Bell, I got to network and connect with a group of local Atlanta-area based bloggers and social media moms.  Did I mention it was at Piece of Cake, and so you know there was cake, Cupcakes…yummy goodness, to be correct.  I was sold the second I knew the event was going to be at Piece of Cake, but really enjoyed getting out and connecting with others again. 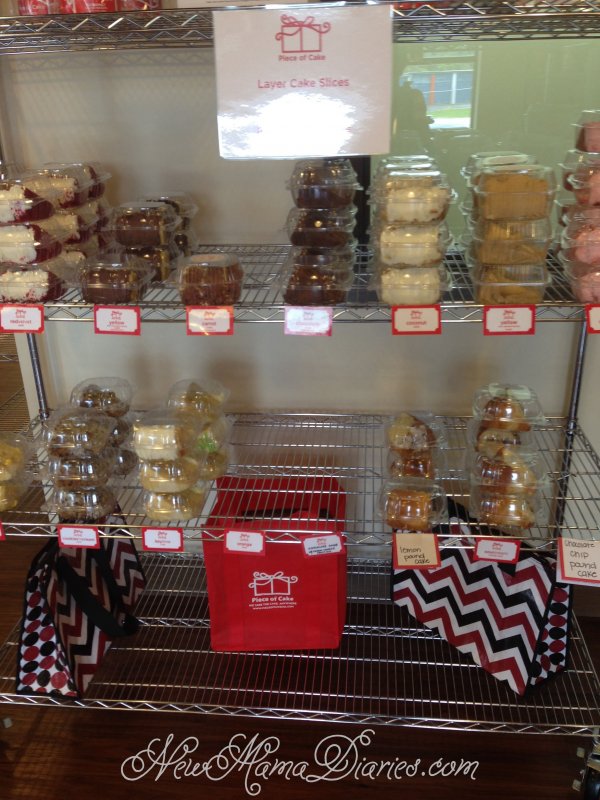 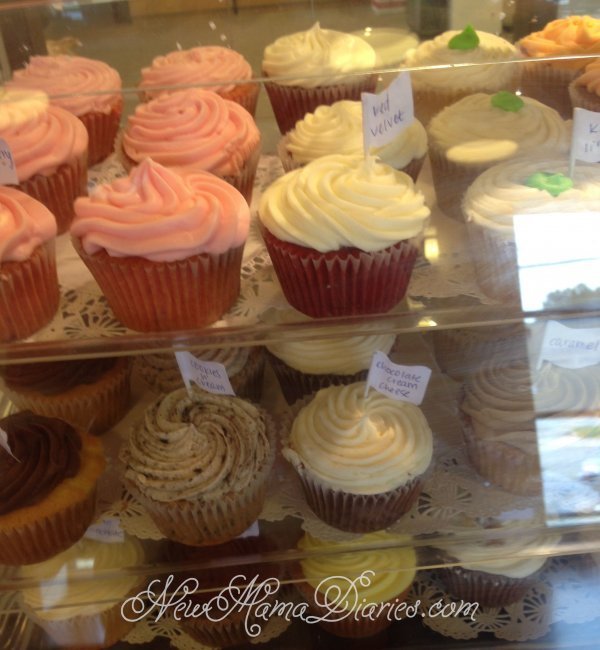 Chanda was one of the nicest people I’ve ever meant.  The woman has a good spirit, and its no surprised why she’s been so blessed with success.  What started off for the former teacher as a last ditch effort to draw and income, while being a SAHM to her son, has become a world wide tradition during the holiday season.  People all over the world celebrate the holidays with Elf On The Shelf being a part of it. 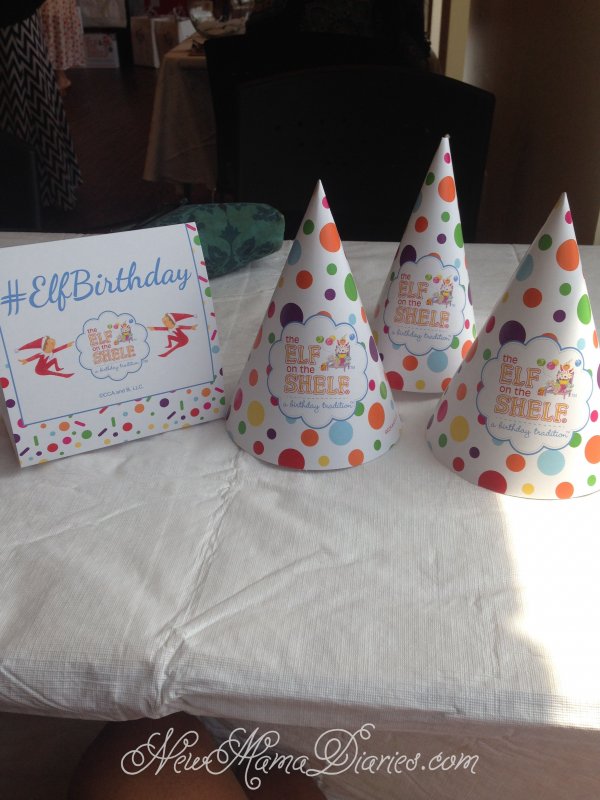 The interesting thing I learned about the tradition from Chanda, was that the entire concept of the Elf On The Shelf was from a childhood tradition that she grew up with.  Her mother, who is the co-author author and creator of Elf On The Shelf started it when Chanda and her siblings were children.  I think this is why the tradition resonates with so many people, because it comes from the heart and is a real family tradition. 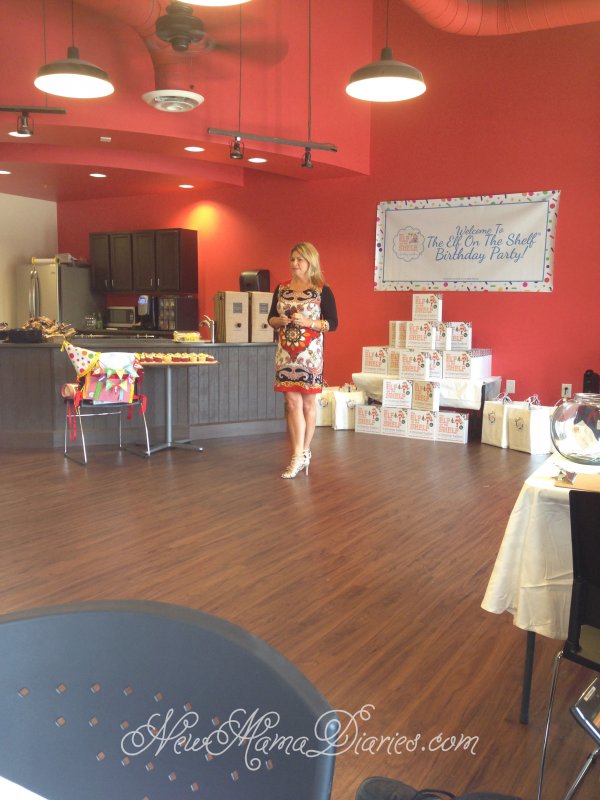 Chanda actually read us the the Birthday Tradition book, and I totally felt like I was back school hearing my teacher read the class a story.  Even though Chanda isn’t a teacher anymore, you can definitely tell she used to be one. She even she had to read us the story, because of the teacher in her. I remember having teachers like her growing up, those who really cared and were passionate, and weren’t just doing it for a check. It was refreshing, and although this is a little off topic, I’m hoping that Chunk will have teachers like I had and the kind that Chanda was. 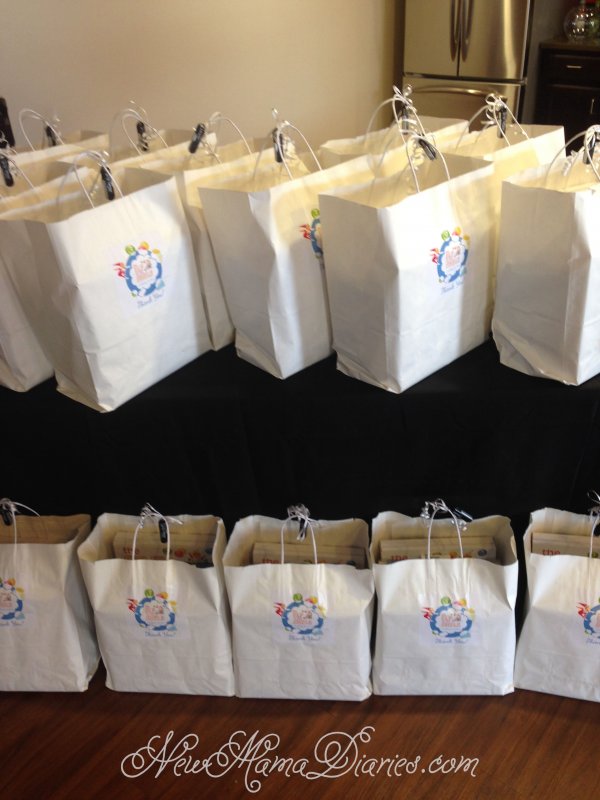 Cute decor and fun swag bags made for a good time!  We were gifted the Elf On The Shelf Christimas Tradition and Birthday Tradition.  I can’t wait to incorporate them in my family’s holiday and birthday traditions.  I’m all about the modern times, but at heart I’m a traditional who believes in strong family values.  I said this very thing to Chanda, because I think what she’s doing is great.  One of the best gifts you can give some one is tradition and values, especially in a world that is so busy and secular. 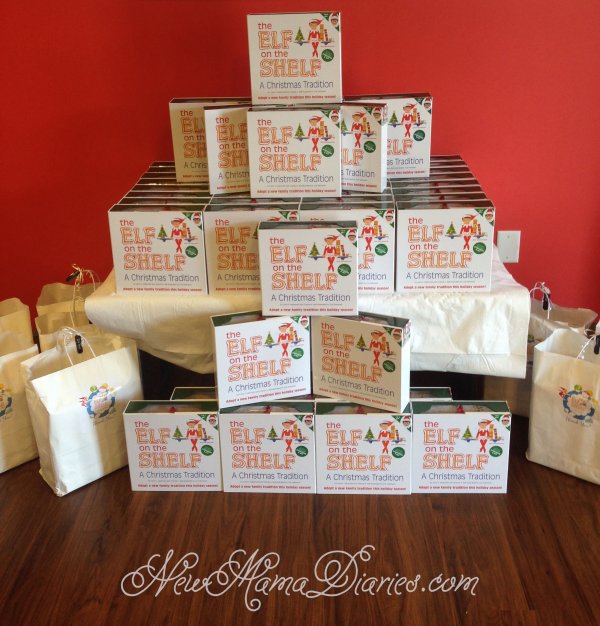 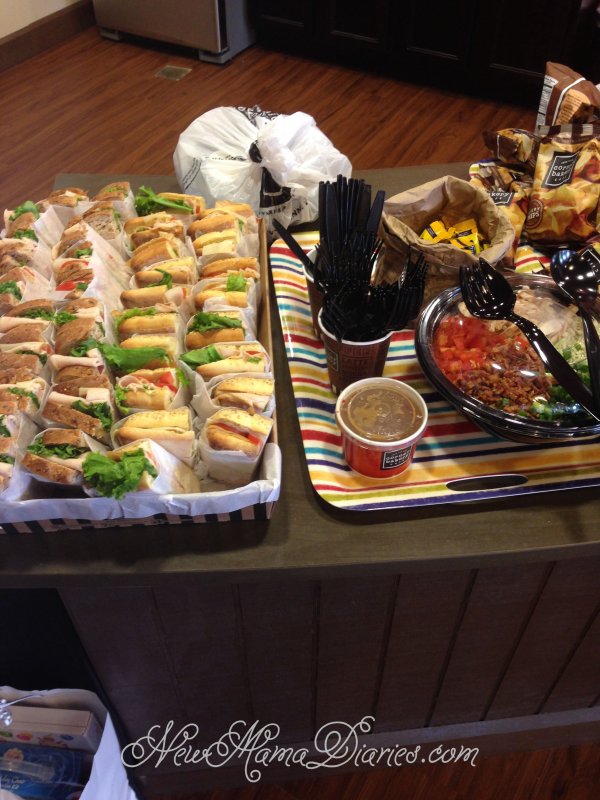 Lunch was provided by The Corner Bakery.  Didn’t it look delicious! 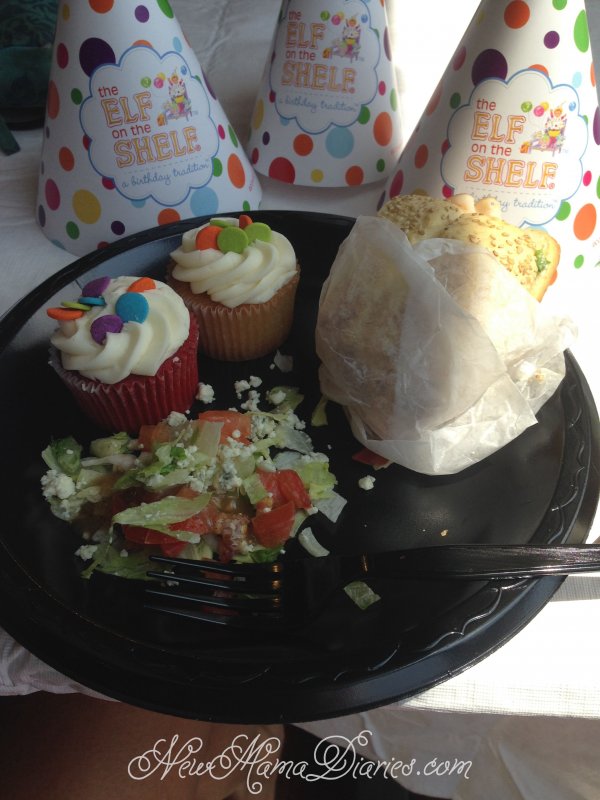 It was yummy!  I had a Tom Collins (sweet tea and lemonade mix) to drink.  It doesn’t get much better than that! 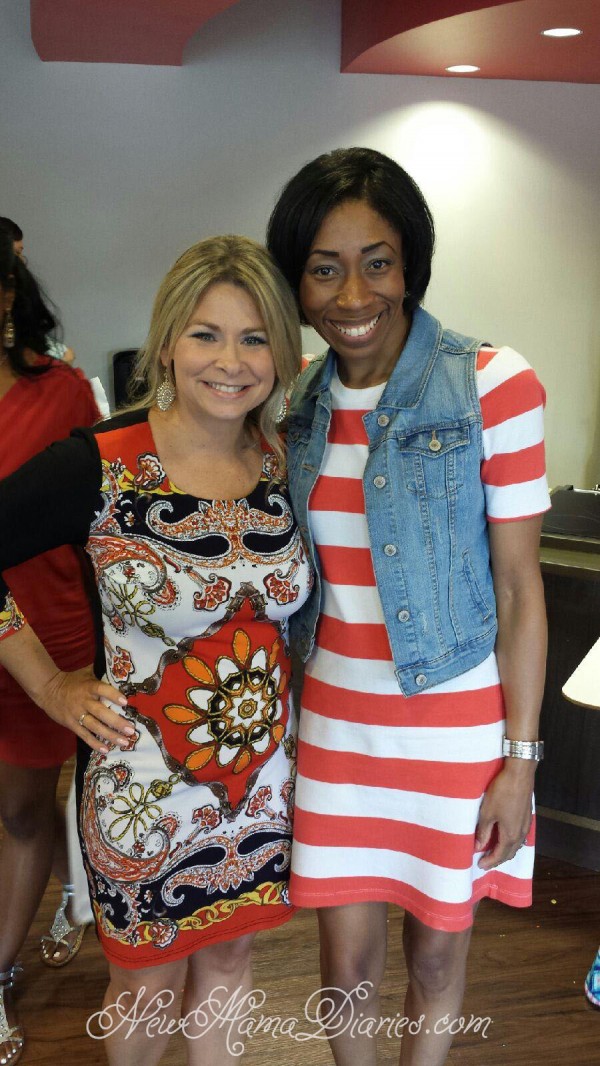 She actually lives just a few miles away from me.  Go figure!  Isn’t her dress too cute by the way!  The Atlanta event was special, because we actually had Chanda there in person, even though there were many #ElfBirthday events throughout the nation on Saturday. 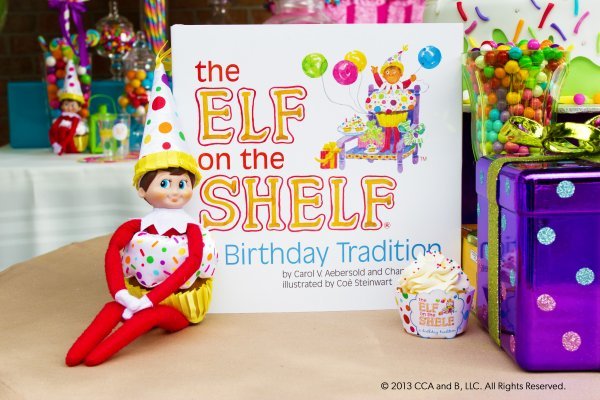 The official word:  The Elf on the Shelf ®: A Birthday Tradition tells the little-known story of how Santa’s finest helpers celebrate birthdays at the North Pole and how that celebration can be recreated in your home! Written in signature rhyme by best-selling authors Carol Aebersold and Chanda Bell and illustrated in classic watercolor art, the book represents the first original title from this award-winning team since the publication of The Elf on the Shelf ®: A Christmas Tradition in 2005. Each kit includes special instructions for families on how to invite their scout elf for a birthday visit, and a festive birthday outfit for the elf to slip into before any big celebration. For ages 3+.

• The Elf on the Shelf ®: A Birthday Tradition includes: – children’s storybook
– birthday outfit for your scout elf
– keepsake box (scout elf not included) 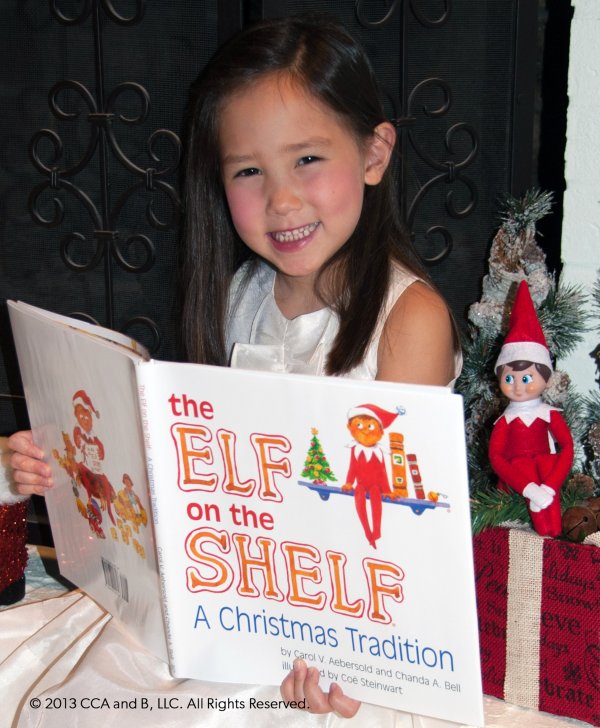 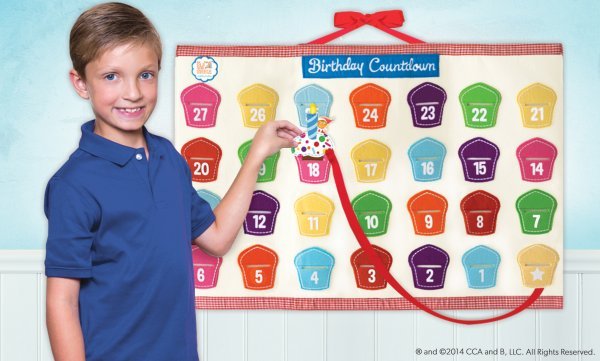 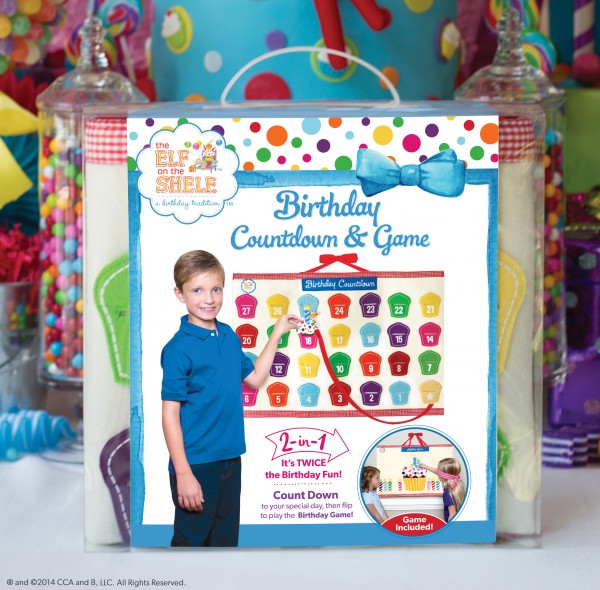 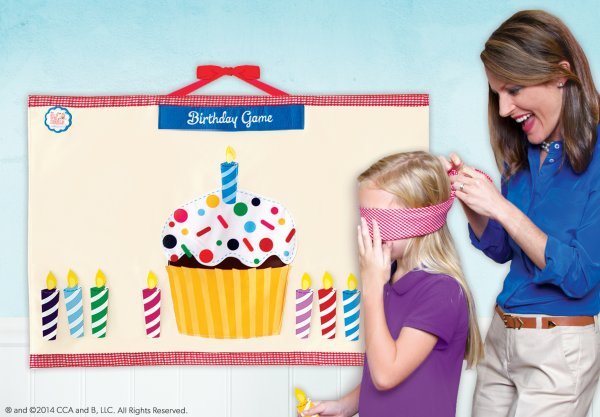 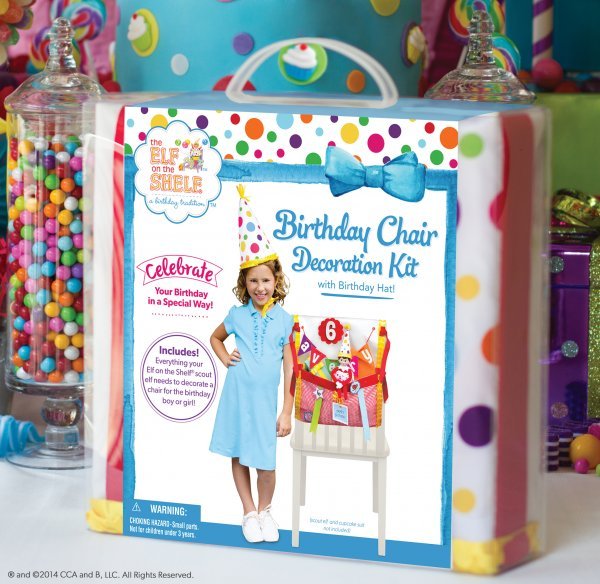 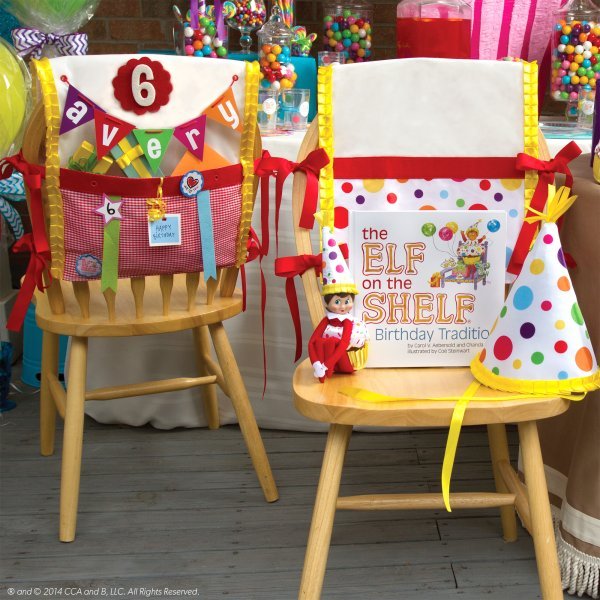 The Elf on the Shelf ®: A Christmas Tradition has ranked #1 on The Wall Street Journal, USA Today and Publishers Weekly best sellers lists. To date, over 6 million copies have been sold. 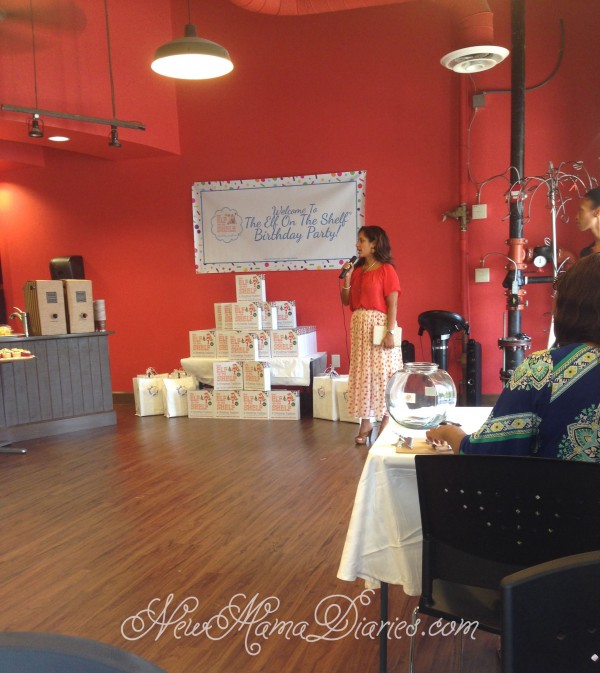 Special thanks to Nadia Jones and the The Niche Parent Network Network for inviting me to be a part of the event and hosting such a wonderful one!  I had a great time!