We all do it…well most of us!  Whether you do it once, twice, three times a week or every day we all know how much of a pain shaving can be.  Now, imagine trying to do this with a large protruding belly.  Shaving has yet to become a challenge, however I know in the coming months that it will present itself as one.  Fortunately for me, I can get away with not shaving my legs on a weekly basis…I can push it to about a week and a half maybe two weeks.  However, my underarms arms and other areas require weekly attention.  To me, pregnancy is no excuse FOR ME, to let these things go by the wayside.  In general, I hate having hair in my unmentionable area, because it’s simply uncomfortable and itchy.  My underarms, well that’s pretty self-explanatory, I mean come on its summer!  I don’t grow a bush under my arms, but I grow enough hair that it is noticeable a few days after it starts growing back.  I’m fortunate to have pretty fine textured body hair, but it still requires some maintenance.

Of course there are many alternatives to shaving, such as waxing, laser hair removal, epilators, and depilatories like Nair.  I’m not a fan of waxing at all, because I have little tolerance for my hair being ripped out of my skin.  For many, waxing doesn’t bother them at all, but for me it would be a last resort or special occasion type of thing.  I have never used an epilator, but from what I hear of them they remove hair by mechanically grasping multiple hairs simultaneously and pulling them out.  As far as I know they cause no or little pain and irritation, however they supposedly feel similar to waxing.  There are actually three different types of epilators, spring, rotating disc, and tweezer. 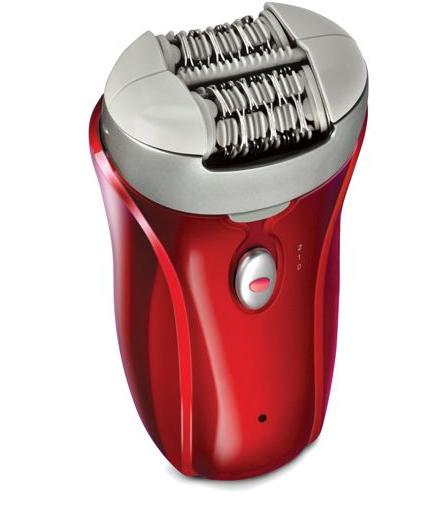 Spring type – The first type of epilator was the original Epilady released in Israel, and manufactured by Mepro, in kibbutz Hagoshrim in 1986.[1] The design incorporated a coil spring, which was bowed into a curve such that the coils on one side of the spring were squeezed tightly together while on the other side the coils were spread apart. The motor in the epilady rotated the spring, causing it to flex as it rotated. Moving the rotating spring across the skin caused the hairs to be caught up in the spring and pulled out the hair.[2]
Because the springs flexed continuously, they were subject to occasional failure and were sold separately as a replacement part.
Rotating disc – The Remington Lady Remington Smooth and Silky was designed to operate in a similar way to the spring type Epilady, except that a series of metal discs were used instead of a spring. It was the subject of extensive patent litigation in Europe due to a conceptual similarity to the spring type epilator.
The failure of Epilady to defeat Remington in the patent litigation effectively opened the door for other manufacturers to produce designs based upon rotating discs.
Tweezer type – The rotating disc design has been refined such that, in modern designs, the plates are no longer complete discs. The head of a modern epilator incorporates a series of metal plates mounted in a plastic housing. The ends of the plates may be exposed at one or both sides of the housing. As the head rotates, the tips of the plates move together and apart once per revolution. This creates a tweezing effect, where the hair between the plates, when they close, is pulled as the plates rotate away from the skin, then released as the plates separate. This allows a continuous cycle of gripping, pulling, extracting and discarding the hair as the epilator is moved across the skin.
Depending upon the strength and brittleness of the hair, some may snap off rather than being pulled out. Because those hairs snap off just above the skin surface, they can look somewhat like stubble from shaving, but are far more sparsely spread because the other hairs have been pulled out entirely. As with waxing, because of the phases of growth that occur with hair, there is not as much regrowth following the first epilation. Regular epilation of regrowth is less painful than the initial epilation and the number of broken off hairs diminishes with regular epilation.
There are now numerous brands of tweezer type epilator available. Even Epilady discontinued their spring type and now produce a variety of tweezer type models.
Source: Wikipedia.com
When it comes to using depilatories, the most popular ones on the market are Nair and Veet, but there are many other brands, including ones for men. Many choose to use these are their bikini zone and legs for a smooth feel without the hassle of shaving or waxing.  The downside is the smell!  Depilatories are chemical creams/lotions, and that’s exactly what they smell like.  Every single depilatory I have ever smell, smelled atrocious even if it was supposed to have some type of floral, sweet, or fresh scent to it.  These products come in a lotion formula for the most part and are low maintenance.  Some like Veet, come with a little mock razor looking device to remove the cream/lotion with, however most just rinse or wipe off.  Caution, do not use these products on your face by any means!  At the ripe age of 15 I decided to do this and ended up with literally straight line for brows.  I clearly did not read the directions, which stated not to use on the face.  Also, if you have sensitive skin, I caution you from using depilatories, they can be harsh and irritable.  My husband, who doesn’t have sensitive skin, was using one by Nair for men and it broke him out.  He was using it to menscape his chest and stomach hair, but has since stopped and returned to the old trusty clippers.

Last but not least, there is laser hair removal.  I almost forgot about this one, mainly because I don’t feel I have a need (or the money) for it at this time.  In a nutshell,

The primary principle behind laser hair removal is selective photothermolysis (SPTL), the matching of a specific wavelength of light and pulse duration to obtain optimal effect on a targeted tissue with minimal effect on surrounding tissue. Lasers can cause localized damage by selectively heating dark target matter, melanin, in the area that causes hair growth, the follicle, while not heating the rest of the skin. Light is absorbed by dark objects, so laser energy can be absorbed by dark material in the skin, but with much more speed and intensity. This dark target matter, or chromophore, can be naturally-occurring or artificially introduced. Source: Wikipedia.com

Like any bodycare product, you have to use what works for you.  There are many products on the market, but it doesn’t mean that they will all be effective.  You also have to use what’s in your comfort zone.  Like I stated before, I don’t care for waxing and I don’t like the chemical smell of the depilatories, nor the fact that they are chemical based.  So, this leaves me with the option of shaving, which is just fine with me.
What’s your preference when it comes to hair removal?  Any bad or negative experiences with hair removal products?  Holy grail ones?
Happy Bumping!
xxoo,