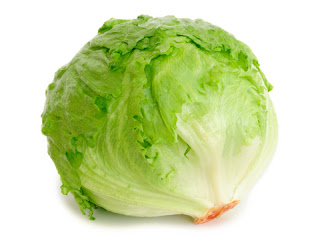 ﻿
Baby is the size of a head of lettuce, or just an actual head lol!  I can’t believe I have something that big inside of me, its crazy! Baby’s eyelids separate and the eyes are starting to open. Lungs are beginning to develop surfactant, which allows them to inflate. Baby has begun to sleep for longer periods as well.  Little one is about 14 inches in length and weights almost 2 pounds.This week marks a major milestone in baby’s hearing and sight. Little one’s hearing system (cochlea and peripheral sensory end organs), which began fine development during week eighteen, is now completely formed, and over the next few weeks, he or she become increasingly sensitive to sound. Very soon, I’ll be able to feel him or her jump if they hear a sudden loud noise. Sound passes easily into m uterus, which helps the ears develop. Her eyes are almost fully formed, although they are blue, because a baby’s eyes don’t get their final color until a few months after they are born. The air sacs of the lungs, called alveoli, will be developed by the end of this week and will begin to secrete a substance called surfactant that keeps the lung tissue from sticking together.

Baby’s lungs continue to develop, and she is taking small breaths of amniotic fluid inside your womb. These small breaths are getting little one in shape for their first breath of fresh air.  Veins are visible through baby’s transparent skin, but soon that will change, as it begins to turn opaque. If baby is a boy, his testicles are beginning to descend into his scrotum — a trip that will take about two to three days. 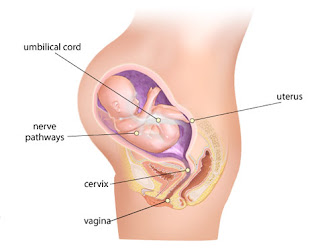 Baby – Can we say super duper active!  I literally think that this kid is awake 24 hours even though they say the baby sleeps majority of the time.  I can tell baby has gotten bigger and stronger by its movements.  Sometimes they even startled me because they can be a little intense.  Baby definitely seems to be a lot more responsive to touch and noise, more to touch most recently.  Little one likes to hang out all over the place and I can’t quite decipher whether he or she is head up or down.  Sometimes I feel movement way down low and other times I feel it pretty high up.

Me – Sitting in an up-right position for long periods of time is uncomfortable.  I’ve put on about a pound from last, and the belly is getting bigger by the day.  No swelling, pre-term labors signs, or other crazy stuff going on, thank goodness!  Sleeping on the other hand can be a feat, and not because I still get up throughout the night to use the restroom.  It’s because my belly is getting bigger and I’m having to figure how to adjust to it.  I’m seriously going to start putting a pillow down and having that next to my belly while I sleep.  I have also noticed that I’ve gotten heavier, or rather my belly has so turning over and even standing up from laying down can be challenging at times.

Hubs –﻿ As usual he is doing good.  I think the baby shower made the baby a little more real to him and he’s even more excited.  I really think he would like for baby to come out and automatically be 3 or 4 years old so he can play with baby, go places, and dress him or her up to look like him.  Hubs is working more, so he’s not home at night much, but always calls to check on me and baby and make sure we’re okay.  He’s on dinner duty for the next two nights, so I know we’ll be getting some good grubbin’!
Until next week folks…