The Facts – Baby is now about the size of a turnip or onion (depending on which app you are using). Little one is roughly five inches long, and weighs five ounces (which is more than the placenta weighs). Baby has developed fat deposits under his skin that will account for about 2 to 6 percent of his total body weight at his time of birth, just 23 weeks from now. Baby’s skeleton, which up until this point has been made up of flexible cartilage, is now hardening into bone. Most exciting, baby’s sense of hearing begins to develop this week. 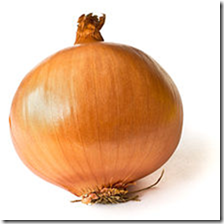 Me – As far as symptoms go, I am feeling pretty good.  No major complaints or anything like that.  Sleeping has been the biggest issue.  It has been really hard staying comfortable throughout the night.  I still get up and pee at least once a night, and of course several times throughout the day.  My belly has grown significantly over the past week, which is really exciting.  I still feel like most people can’t really tell I’m pregnant, but that’s okay I’ve always been a slow grower.  My energy level is definitely up and probably at an all time high during this pregnancy.  I do go to sleep around 11:00-11:30 most nights like clockwork.  I even fell asleep at the end of one of my fave shows this week, Scandal.  My appetite has been kicking up, but still not where I feel it should be.  I eat when I’m supposed, at least during the week, I’m not so good on the weekends however.  I crave sweets and fruits still, but I have been eating more meats.  The one thing I know I need to pick back up on are my veggies, haven’t been too good about eating those lately.

Baby – Baby has been moving and very active this week.  Although the movements are subtle I feel them at least daily.  I have a Doppler which allows me to listen to the heartbeat and I can also hear the baby moving around.  I try not to use it too often, because I don’t like disturbing the baby.  I used it today and the baby baby kicked really, so much that the wand moved in my hand.  That was my cue from the baby that it did not like the Doppler, probably because it is really loud to the baby and it probably startled it.  I know last week during Iron Man 3, the baby was kicking up a storm, because the sound was so loud and intense from the movie.  I’m interested to see what type of personality this kid comes out with, because mines is all over the place.  I feel like the baby will be laid back with a feisty edge, which is pretty much like me (most times).  Although, if its anything like my husband, we have a lot of “fun” in store, yikes!

Hubs – speaking of him, he is doing good and feeling more attached to the baby every day.  He is really enjoying the weight I have put on, because most of it has gone straight to my boobs and booty.  He likes to talk to the baby and tell it things about me, so that’s really cute.  Hubs is extremely excited about becoming a Dad and does everything he can to make me comfortable.  He gives me countless foot massages daily and lubs me down with tummy better, oil, and lotion most every night.  He’s a real trooper, because he has definitely been through the ringer already and we are still pretty early in pregnancy.  He knows, when I’m happy, he’d happy.  Happy wife, happy life!

That’s all for now folks!